On September 14, the Ottawa County Parks Foundation hosted a small fundraiser at Grand Ravines. Guests in attendance were able to take a first look at the newly completed suspension bridge. At 275′ long and 70′ high, it is believed to be the longest pedestrian suspension bridge in Michigan. The bridge was funded in full by a generous individual, Bea Aldrink Idema. While the bridge was not a Parks Foundation project (at the time of the donation, the nonprofit had not been launched), it is a true and shining example of the power of private giving. 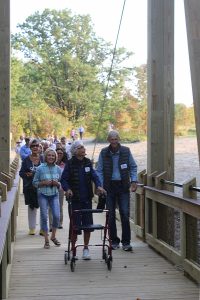 The bridge is fully ADA accessible, with paved, accessible paths leading to the bridge on both sides. Both segments of pathway that connect to the bridge were funded by yet another donor. 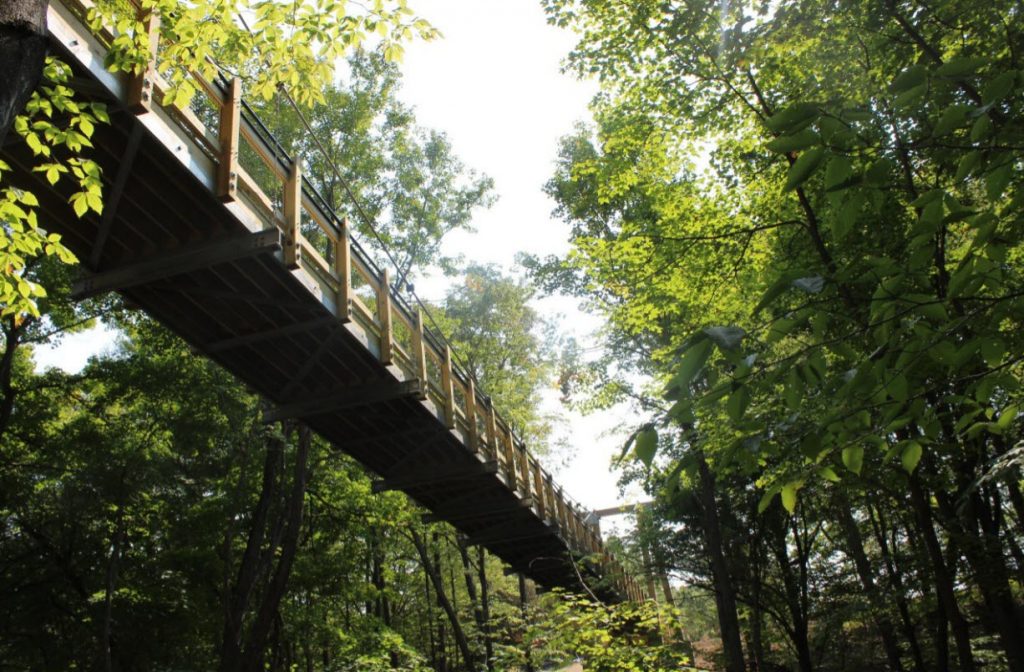 While the suspension bridge is a spectacular example of individual support, there are many, many other examples of individual generosity throughout the park system and in this park alone. There is a ravine overlook funded by the Aldrinks, the renovated lodge was funded in part by anonymous donors; a woodland path partially on a donate easement with donor funded stairs through the forest; and our off-leash dog park with the highest quality amenities has many things donated. In total, 20% of Grand Ravines was funded by private donations. It would not be the truly incredible place it is without the support of many.